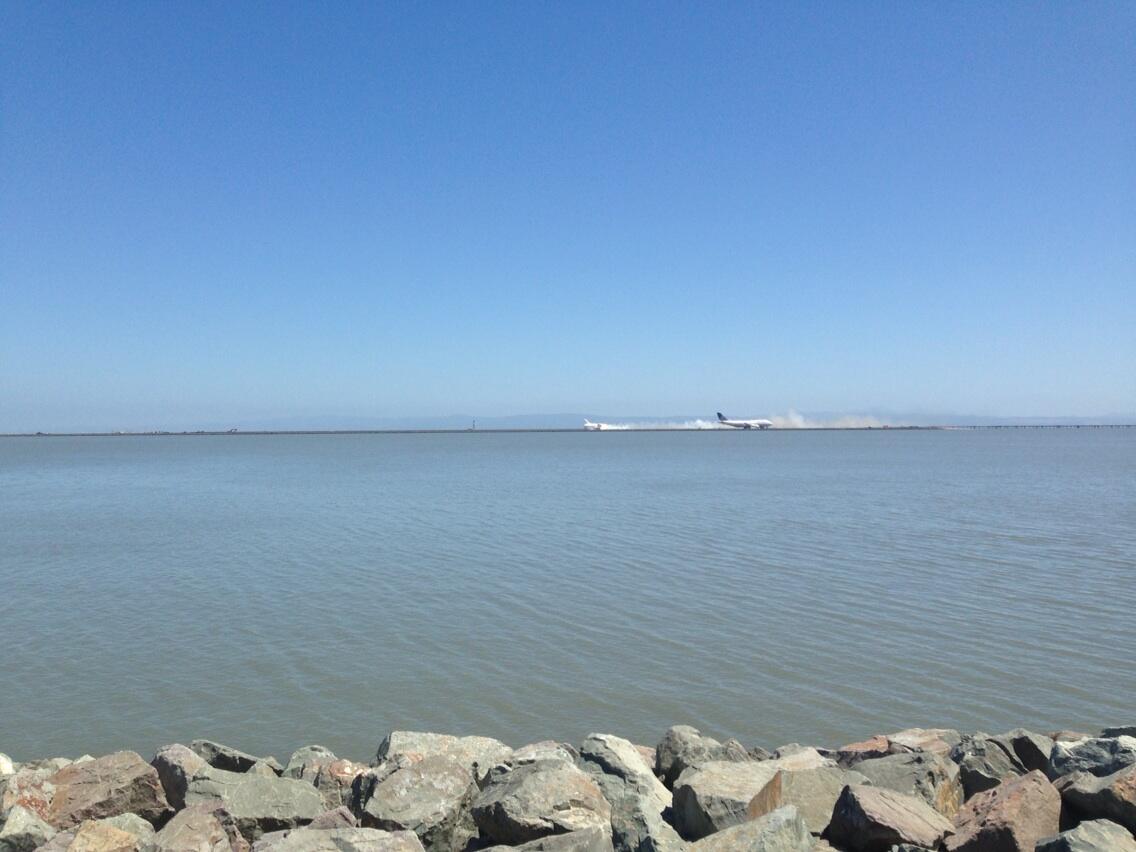 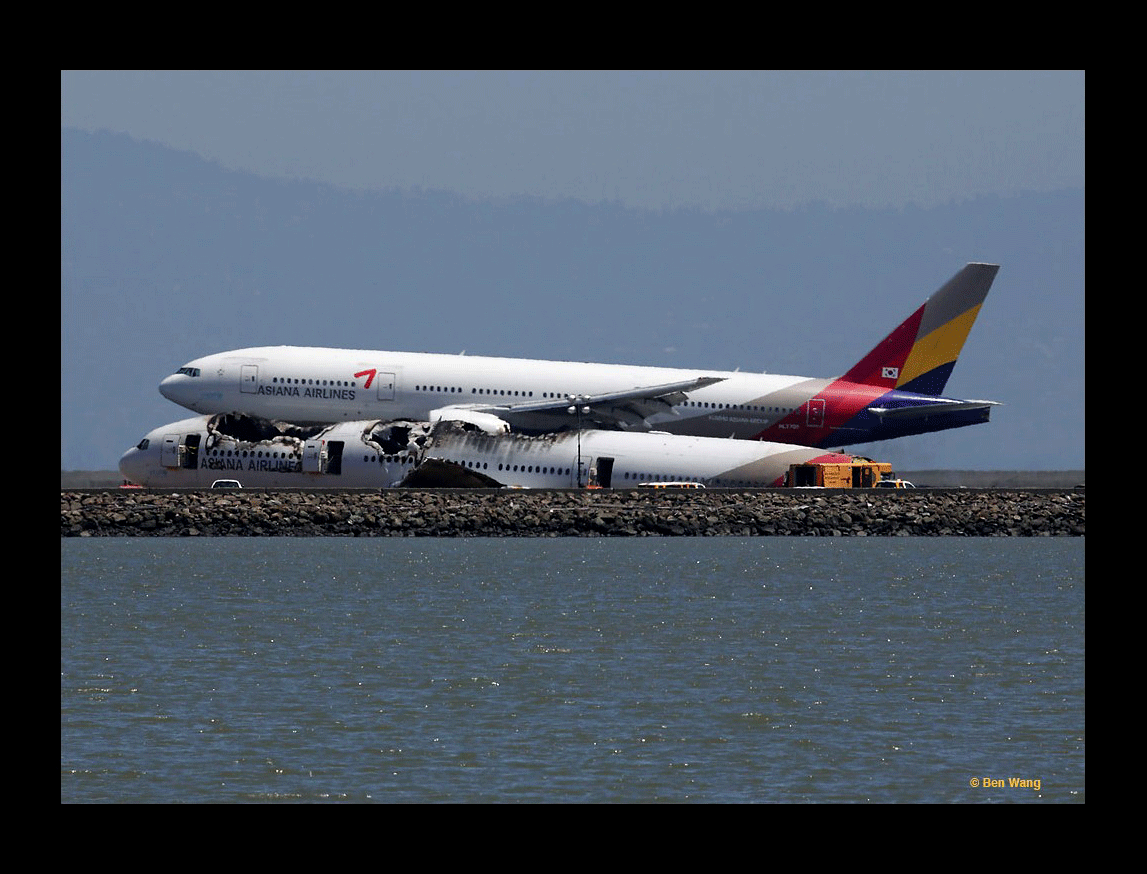 The NTSB opened their investigation docket containing several 1000 pages of documentations of the work of the various investigation groups, however did not release a preliminary, factual or final report as claimed by media and other aviation media, in particular there is no NTSB preliminary report taking any conclusions to autothrust system or pilot performance as claimed.

On Mar 31st 2014 Asiana submitted a 46 page document, looking like and easily confused with an official final investigation report, stating that the crew was conducting a high energy approach (from a high and fast posture). At 1600 feet AGL the flight director/autopilot changed to FLCH, however, none of the pilots recalled pressing that or related button, the automation went into go-around mode accelerating the engines for the go around and the autopilot going to acquire the go-around altitude. The pilot flying disconnected the autopilot, called "manual flight". As the aircraft was still high and fast, he pulled the thrust levers to idle, which changed the autothrust function from thrust to hold disabling airspeed protection and automatic wake up function. At 500 feet AGL the aircraft was on glide (PAPI two red, two white) at 135 KIAS 2 knots below VREF still within stabilized approach criteria. During the next 17 seconds the airspeed decreased to 118 KIAS and the aircraft descended to 200 feet AGL, the PAPI now showed 4 reds (below glide). 7 seconds later a quadruple chime sounded, the pilot flying advanced the thrust levers to go around and called "go-around", pitched the aircraft up by about 10 degrees, the engines however were still at idle and the aircraft continued to lose altitude - the stick shaker activated 4 seconds prior to impact - and impacted the sea wall about 11 seconds later.

The probable cause of this accident was the flight crew’s failure to monitor and maintain a minimum safe airspeed during a final approach, resulting in a deviation below the intended glide path and an impact with terrain. Contributing to this failure were (1) inconsistencies in the aircraft’s automation logic, which led the crew to believe that the autothrottle was maintaining the airspeed set by the crew; and (2) autothrottle logic that unexpectedly disabled the aircraft’s minimum airspeed protection.

Significant contributing factors to the accident were (1) inadequate warning systems to alert the flight crew that the autothrottle had (i) stopped maintaining the set airspeed and (ii) stopped providing stall protection support; (2) a low speed alerting system that did not provide adequate time for recovery in an approach-to-landing configuration; (3) the flight crew’s failure to execute a timely go-around when the conditions required it by the company’s procedures and, instead, to continue an unstabilized approach; and (4) air traffic control instructions and procedures that led to an excessive pilot workload during a high-energy final approach.

Boeing stated in their submission published on Mar 31st 2014 that at 130 feet AGL:

At this point, airplane pitch attitude was over 7 degrees and increasing. An electric seat motor is recorded on the CVR. Only the two pilot seats are electrically controlled, both fore/aft and up/down, the observer seat is not electric. Therefore, either the PF or PM had to adjust his seat at 130 feet on short final, likely because he was finding it difficult to see the PAPI due to the pitch attitude of the airplane.

The CVR recorded the sound of a quadruple chime eleven seconds before impact.

Reconstruction analysis performed by the NTSB and Boeing confirmed that the time the beeper sound was recorded on the CVR is consistent with the time the Engine Indicating and Crew Alerting System (EICAS) should have provided an AIRSPEED LOW alert.

No other caution alert is consistent with the data. The PF, in a post-accident interview, stated that he saw a text alert appear on the EICAS display, which may have read “AIRSPEED LOW.” The evidence thus shows that the chime recorded on the CVR was the aural alert for the AIRSPEED LOWalert. Three seconds after the AIRSPEED LOWalert, the throttle levers were advanced to full power and the PM called out “speed”. Based on the AFDS and autothrottle modes recorded on the FDR data, it is apparent that the thrust levers were manually pushed to full power, rather than by pushing the Take Off Go-around (TOGA) button. The engines began spooling-up immediately, but the normal engine spool-up time from approach idle to full power is seven to eight seconds.

The PF was applying several degrees of aft column to pitch the airplane up as the airspeed decayed (see Plot 5). Aft column input is usually not needed until commencement of the flare maneuver, which is typically commenced below 50 feet.

The FDR data also shows that no stabilizer trim was applied by the PF to relieve the force needed to pull the column. It is unusual for the pilot to have to pull back on the column in this manner, as pilots typically trim the aircraft. But no trim had been applied since the point the autopilot was disconnected more than a minute prior at 1,500 feet.

About five seconds before impact, the PF pulls the column to nearly full aft travel and the stick shaker activated.

Boeing continued their submission: "Asiana’s go-around policy states that the PF may initiate a go-around regardless of whether the PF is the captain or a copilot. But during a post-accident interview, the Trainee Captain (PF) stated that only the IP had the authority to decide to go-around. This confusion regarding who was responsible for calling for a go-around may have delayed initiation of a go-around."

Boeing stated with respect to the fatal injuries: "The three fatalities were assigned to seats 41B, 41E and 42A. A traveling companion seated in 41G confirmed that the passenger assigned to seat 41B was actually seated in 41D at the time of the landing. The companion also confirmed that, prior to impact, the passenger in 41E was not wearing a seatbelt, and the passenger in 41D was covered by a blanket, so seat belt status was not witnessed. The passenger seated in 41E was found on the ground forward of the left wing. The passenger seated in 41D was found fatally injured on the runway near the threshold and near the three flight attendants who departed the airplane. The passenger seated in 42A died six days after the accident. The injuries sustained by the passenger in 42A are consistent with the injuries sustained by the other two passengers who departed the airplane during the crash sequence, and it is likely this passenger was the second “critically injured” passenger found by the first responders near the runway threshold. The seatbelts in the seats occupied by the fatally injured passengers during the landing (41D, 41E, 42A) were all found unbuckled and were otherwise not damaged. Additionally, the seats remained in the last two seat rows of the airplane and were in the area where the most significant structural damage was sustained to the aircraft fuselage and cabin. Therefore, the three fatally injured passengers separated from the airplane during the crash sequence because they were likely not wearing seatbelts."

This accident occurred due to the flight crew’s failure to monitor and control airspeed, thrust level and glide path on short final approach. This accident would have been avoided had the flight crew followed procedures and initiated a timely go-around as the approach became increasingly unstable in relation to the stabilized approach criteria
Click to expand...