Our Company, the Budapest Aircraft Service Kft. (Ltd.) -in brief: BASe Airlines, was established by pilots and technical experts of aviation in December 1991. Headquarters of the Company is located in Budapest, and the base of our operations: Budapest Airport , Franz Liszt International Airport, Hangar 187-1. From 1992 to 2000 we have performed night courier flights to Austrian, Slovakian and Italian destinations from BUD, ZAG and LJU as well. From 1994 to 2006 our company maintained and operated 11 helicopters of the Hungarian National Health Services for HEMS tasks based on a network of six heliports in Hungary, and one fixed wing aircraft for Air Ambulance services. From 1996 to 2010 with a special equipped L-410 UVP-E8 we provided precision calibration/test flights of civil and tactical air navigation systems both in Hungary and abroad . In 1997 we bought the first own “Turbolet” aircraft , and the second one in 2000. From 2003 to 2005 we have performed charter chains with our Turbolets from Budapest and smaller Hungarian airports to popular resorts of Croatia and Montenegro . Having our first EMB-120 in 2005 we continued these charter flights to Tivat, than to Corfu, Burgas, Zakynthos, Podgorica by cooperating with the biggest Hungarian tour operators. In 2008 we purchased two more EMB120 ER aircraft. From November 2007 to 2012 we operated scheduled daily flights from BUD to LJU, ZAG, TSR, TGM, CLJ, BEG, TGD, IAS, TIR, etc. by our Embraers under call sign of Malév Hungarian Airline. When MALÉV operation ceased, we operated daily scheduled flights in wet-lease (ACMI) arrangement: 2013-2014 between Salzburg and Zürich; 2013 October-2016 March daily scheduled flights between several Croatian cities; 2018 April - we operate daily scheduled flights between EBJ – SVG- BLL. From 2015 February to 2018 February we have been operating daily scheduled flights in Finland between Savonlinna and HEL under PSO contracts with the Finnish Government.
Click to expand...

Behind Aeroexpress Regional is Aeroexpress Légiforgalmi Zrt., whose founding owner is BASe Airlines Zrt. The latter is also a wholly Hungarian interest, founded in 1991. Its central base is Budapest Ferenc Liszt International Airport, and its planes have spent more than 23,000 hours in the air over the past 17 years and made approximately 27,000 landings without incident. At the time, the company marked by Zoltán Ármai was also involved in the operation of Malév's regional flights, as well as Italian, Croatian, Danish and Spanish tourism and public service tasks.
Click to expand...

In the next two months, i.e. until the end of October, the Transylvania flights of the Aeroexpress Regional airline will definitely operate - the part-owner, Dániel Somogyi-Tóth, told VG about this. What happens next depends to a large extent on the development of market and government feedback, along which it will be shaped whether the airline will further develop its domestic capacities.
Click to expand...

Regional aviation promises quite a few development opportunities, but in order to exploit them, favorable feedback not only from the market, but also from the state is essential. There is a chance for this, at least according to Airportal.hu , Aeroexpress Regional's plans are supported not only by the Debrecen airport, but also by the Ministry of Foreign Affairs and Trade. There is nothing special about this: regional transport connecting regional units is created everywhere with state subsidie
Click to expand...

...such as the soon-to-be-completed airport in Brasov, which would be worth connecting Hungarian cities with, but... 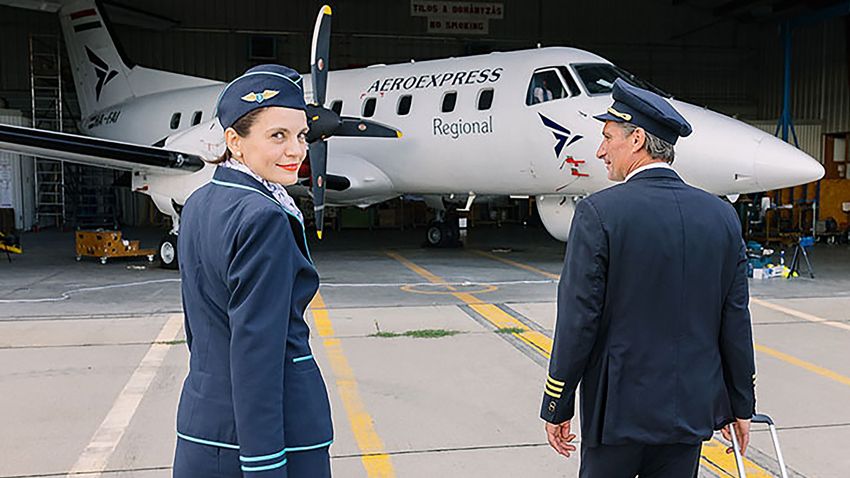