The following is a press release from the national airline airBaltic:

Riga. Today an agreement was signed between the Latvian government and Ralf-Dieter Montag-Girmes. Under the deal, a total of EUR 132 million of fresh capital will be invested in the Latvian carrier for fleet modernisation and its new Horizon 2021 business plan.

Ralf-Dieter Montag-Girmes, German investor: “airBaltic is an outstanding carrier in a unique market niche with Riga as its main hub in the Baltics and excellent future opportunities in Tallinn and Vilnius – I am delighted that we have now finalised the agreement and can proceed with the growth scenario of airBaltic.”

Kaspars Ozoliņš, State Secretary of the Ministry of Transport: ‘The new equity will be used for investing into new aircraft rather than leasing them, thus giving airBaltic an advantage on the cost side and improving passenger experience. This will further enhance the connectivity of Latvia, support economic growth and create new jobs.’

In November 2015, the Latvian Cabinet of Ministers approved the plan to sell 20% of airBaltic to the German investor Ralf-Dieter Montag-Girmes for EUR 52 million and agreed to invest a further EUR 80 million in the airline. Under the deal, the German investor will hold 20% of shares in the carrier, while the remaining stake will be held by the Latvian government. The investment and the increase of the equity of airBaltic were backed by the Parliament, the Saeima, on December 3, 2015. The Saeima approved the deal under the condition that airBaltic and its affiliated companies are prohibited from purchasing, renting or otherwise utilizing equipment produced by military industrial complexes and their affiliates subject to sanctions imposed by the European Union or the international community and are ratified by Latvia.
P 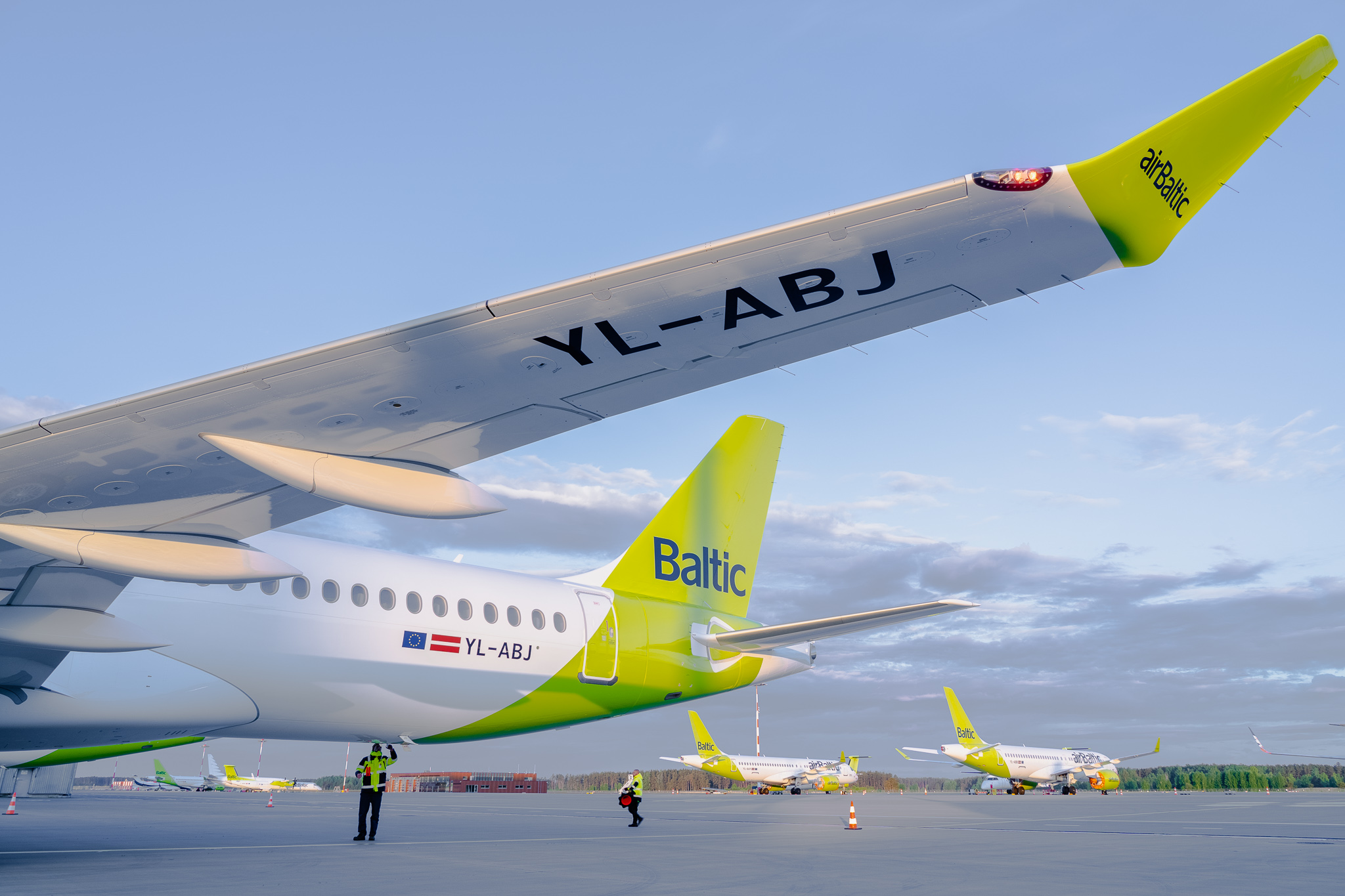