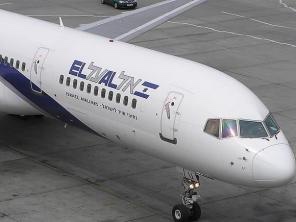 El Al has been named as the worst airliner for cleanliness and noise in a new list compiled by Heathrow Airport.
Israel’s national carrier was placed last in a list of the 50 largest airlines that fly in and out of the West London airport, which is the world’s third-largest.
The Fly Quiet and Clean League table has been created in an effort to shame airliners into upping their game and using more efficient planes at Heathrow. It will be published every three months. The first results were based on flights between January and March of this year.

The Daily Mail reported that Heathrow analyzed the airlines on seven measures, including whether they were early or late, efficient landing approaches, noise and nitrogen oxide emissions.

Nearly half the 50 airlines failed at least one of the measures, but none quite so spectacularly as El Al. It received red “fail” marks in five of the seven categories and only one green “pass” mark By comparison, the airline that topped the chart, British Airways, received six green “passes.”

At the other end of the table, British Airways was followed by Aer Lingus, Etihad Airways, Scandinavian Airlines System, Finnair and American Airline
Click to expand...


Sent from my iPhone using Tapatalk

View flight LY1747 from Rome to Tel Aviv on Flightradar24