“Some airlines have kept going longer than they would have and some have put more capacity in as a result of cheaper fuel.But there is a self-correcting mechanism here — the capacity glut leads to plummeting unit revenues, and those that don’t have the cost base to survive plummeting unit revenues eventually do suffer and disappear” says Jonathan Wober, aviation analyst at CAPA Centre for Aviation. 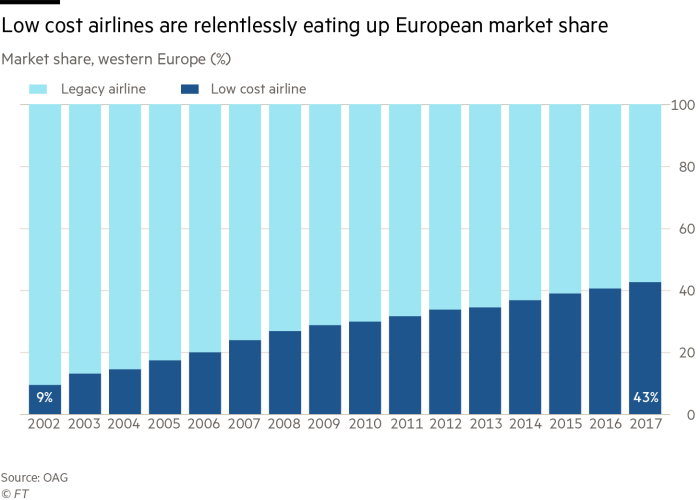 The change in market share has led to a fundamental change in the market, with full-service carriers aping many of the practices successfully introduced by low-cost carriers. This has seen most carriers offer seat-only fares and charge for baggage and other services. As a result, it has become much harder to differentiate between the service offerings from a low-cost airline to a legacy carrier as the market has concentrated on price.

One of the fiercest battlegrounds in the market has been Spain. 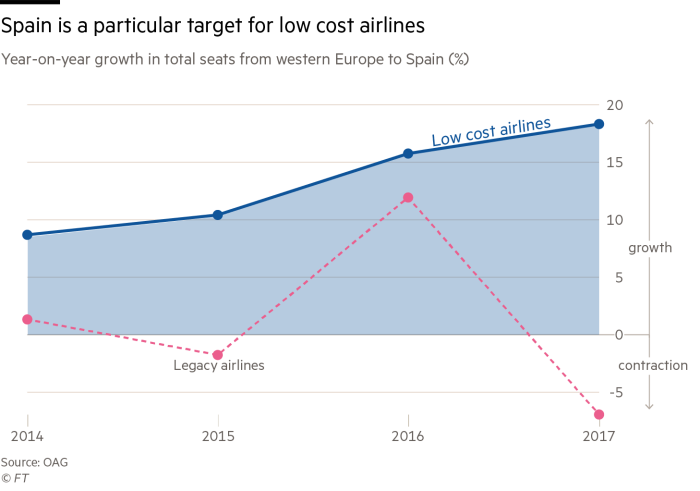 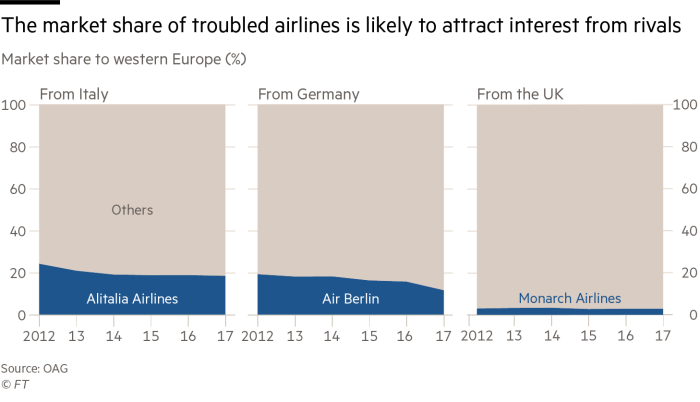 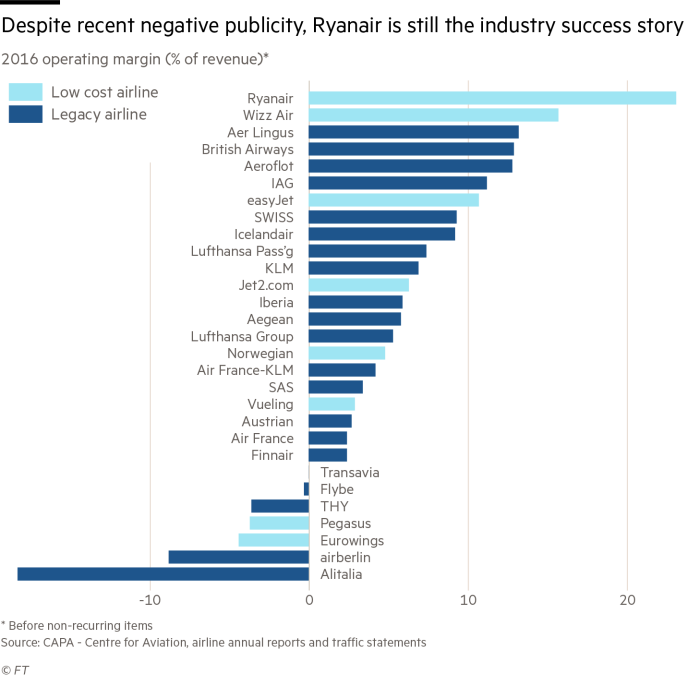 However, despite signs of consolidation this year with the collapse of the weaker airlines, Europe’s market remains very fragmented compared with other regions such as the US.

There are more airline groups operating in Europe than in any other region in the world. According to OAG, Europe has a total of 217, compared with 100 in North America. “The consolidation story [in Europe] is more about the weaker airlines exiting the market and the stronger ones growing their share organically rather than big M&A transactions,” says Mr Wober.

The fragmented nature of the European airline market means it is less profitable than its North American counterpart. According to Iata, the airline trade association, North American airlines generate about half of the global industry profit, helped by the consolidation that has taken place that saw the merger of some of the biggest groups. 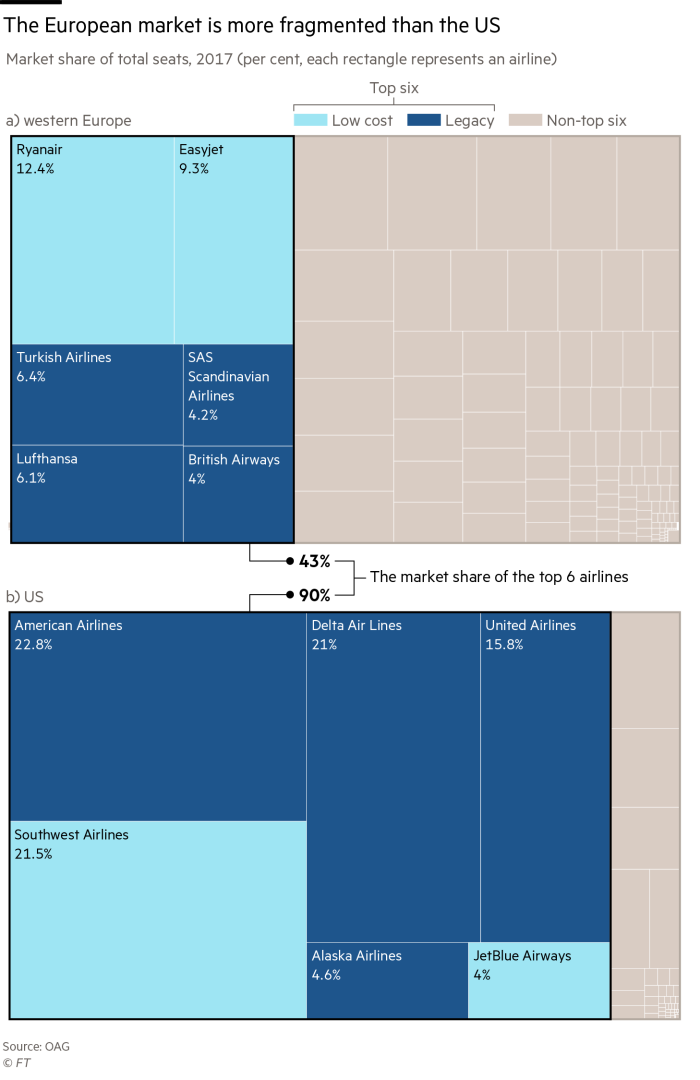