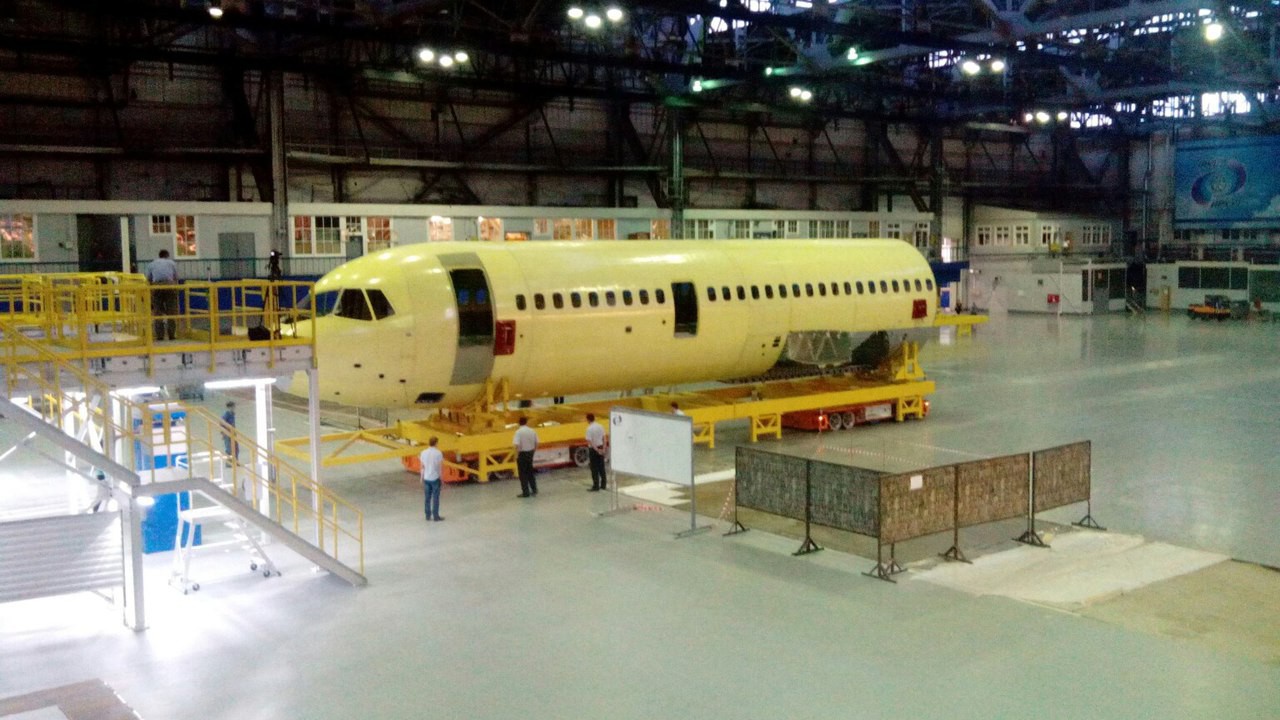 GKN Aerospace and Pratt & Whitney have agreed a risk and revenue sharing partnership (RRSP) for the PurePower® PW1400G-JM engine, which will power the Irkut MC-21 mid-range, single aisle aircraft. GKN Aerospace expects this RRSP to be worth more than $650 million over the life of the programme.

This latest agreement gives GKN Aerospace responsibility for the design and manufacture of the turbine exhaust case (TEC) and the compressor intermediate case (IMC) for the PW1400G-JM engine. Engine certification is scheduled for the end of 2015 followed by entry into service in late 2017.
Click to expand...

Irkut has confirmed the MC-21 aircraft is meeting weight targets as the first airframe, wings and engines are coming together at the Irkutsk Aviation plant, according to Russian lessor Ilyushin Finance (IFC).

So far, Irkut has mated several sections of the fuselage, while continuing to assemble the wings. Meanwhile, Pratt & Whitney has announced delivering the first PW1400G geared turbofan engine to Irkutsk, with the second engine scheduled for delivery within a few weeks.

A tour of the final assembly line in Irkut revealed a sophisticated assembly operation, Rubtsov says, with fully automated riveting systems and machine presses in final assembly. German robotics company Durr, a major supplier to Boeing and Airbus, provides automation systems to Irkut for the programme.

“Of course the biggest challenge is for the composite wing technology, because it was never done on such a large-scale wing,” Rubtsov says. “But so far the test results are quite positive.”

Irkut plans to complete assembly of the first flight test aircraft by the end of the year. First flight is scheduled in the second quarter of next year.
Click to expand... Irkut completed assembly of the fuselage of the first MS-21-300 prototype. The next stage will see the attachment of the composite wing produced by Aerocomposit in Ulyanovsk, to the fuselage.
Click to expand...

Russia's MC-21: Boeing to Face Potential Challenger in the Skies

Russia's creation of a state-of-the-art passenger jet, the MC-21, is an indication that it is outperforming the United States in terms of aircraft construction and development, Kotaro Watanabe wrote in an article
Click to expand...