Given the uncertain economic environment, the Air France-KLM Group’s increase in capacity in available seat-kilometres (ASK) for the summer 2012 season will be limited to +0.6% including +0.8% on long-haul and -0.2% on medium-haul, excluding the provincial bases. With the launch of the bases in Marseille, Toulouse and Nice, where Air France is significantly reducing its operating costs, the group’s medium-haul operations will post an increase of +3.0%, bringing the total increase in capacity to +1.4%.
Amstelveen | 22 February 2012

KLM service schedule at a glance

In light of the current difficult economic circumstances and high fuel costs, KLM's service capacity during the summer season, which commences on 25 March, will remain the same as last year, with hardly any expansion.

Within this carefully balanced capacity policy, KLM intends to consolidate its growth in Central and South America, two new destinations will be introduced in Africa (Luanda and Lusaka) and the total capacity deployed in North America and Asia will remain virtually the same. KLM’s strategic position in Greater China will be strengthened even further with the introduction of a non-stop service to Taipei and an increase in the number of flights to Hangzhou during the height of summer. Capacity on services to destinations in the Middle East will be reduced by 8 percent. The total capacity of the airline's service to destinations in Europe will also continue to remain the same, however the number of seats on flights to Southern Europe will be reduced, whilst strategic positions in North-western Europe will be strengthened.

KLM will add new, state-of-the-art and fuel-efficient aircraft to its short and long-haul fleet in order to replace the old, less efficient fleet.

In Spain, the number of flights from and to Barcelona and Madrid has been reduced. KLM is keeping the number of connections to Madrid at the required level by collaborating with Air Europe. In Italy, KLM is centring all flights to Milan at Linate airport, in collaboration with its joint venture partner Alitalia. KLM is also increasing the number of daily flights it operates to Venice from three to four.

In Eastern Europe, KLM is continuing to work on improving its product by collaborating closely with local partners. KLM will increase the number of daily flights from two to four between Amsterdam and Kiev, two of which will be operated by KLM.

Dallas-Fort Worth is returning to the network this summer season with five flights per week in an Airbus A330-200. Flights to Miami will be offered by Delta Air Lines, via Atlanta. Washington Dulles will welcome the new Airbus A330-300. At Houston, the number of flights will be reduced from thirteen to seven flights per week and the service to Los Angeles will be expanded with three flights to ten flights per week during the high season (June to August inclusive).

Flights to Toronto will be offered twice a day during the summer, flights will be offered to Vancouver in a Boeing 777-200 instead of an MD-11 and Calgary will be upgraded to become a daily service, serving these destinations. Together with partner Westjet, a large number of secondary Canadian destinations will also be offered from here.

Central and South America, continuation of the winter schedule

Flights to destinations in the Dutch Caribbean continue to be extremely popular. The number of flights operated during the past winter season will be carried forward and will total 14 flights per week.

Flights will be operated to Havana (Cuba) three times per week as a direct service. Flights will also be offered to Punta Cana (Dominican Republic) by Air France via Paris.

The daily service to Panama that was introduced last winter will be continued. What is more, connections to destinations in Central America in collaboration with partner Copa Airlines will be further improved as connection times are reduced.

South America continues to form an important growth market for KLM. The increased capacity that was deployed last winter will continue to be implemented during the coming summer season.

Rio de Janeiro (Brazil) and Buenos Aires (Argentina) were added to the network as new destinations last winter. Both metropolises are served with direct flights three times per week and capacity on services to Buenos Aires has been increased by deploying a Boeing 777-300. In collaboration with partners Gol and Aerolineas Argentinas, a large number of secondary destinations will be offered in South America via São Paulo (Brazil), Rio de Janeiro and Buenos Aires.

The oil destination of Luanda (Angola) will be added to the KLM network as of 27 March. Flights will run to this destination on Tuesdays and Fridays on a night/night schedule, so as to complement the flight schedule operated by Air France.

What is more, Lusaka (Zambia) will be added to the network with three weekly flights starting from 15 May. Zambia has witnessed considerable economic growth as a result of the mining industry. In terms of tourism, Zambia also offers a range of different options, primarily concentrated in the area around the city of Livingstone, near the Victoria Falls.

The number of flights to Entebbe (Uganda) and Kigali (Rwanda) has been increased to six per week. The new Airbus A330-300 will be deployed in the West-African destinations of Lagos (Nigeria) and Accra (Ghana).

KLM will serve Cairo (Egypt) with flights on a Boeing 777-200 three times per week this summer. KLM intends to resume flights to Tripoli (Libya) with effect from May 2012.

Middle East, some services withdrawn and all services enhanced

KLM will improve its Middle East product by offering a direct service from and to Doha (Qatar) five times per week, with an onward connection to Muscat (Oman). The number of flights to Dammam (Saudi Arabia) has also been increased from five per week to a daily flight and will be operated in combination with Kuwait. Abu Dhabi (UAE) and Bahrein will be served five times per week. A limousine service will be available between Bahrein and Dammam, so that both destinations are served to an optimal extent.

KLM will continue to operate six flights a week to Teheran (Iran).

KLM continues to have a strong presence in the Greater China Region. As well as continuing to offer flights to the destinations that were introduced over the last two years (Chengdu, Hangzhou and Xiamen), a direct and daily service will also be introduced to Taipei (Taiwan), with an onward connection to Manila. During the high season (June to September inclusive), Hangzhou will be served four times per week. In collaboration with KLM, partner China Southern Airlines is increasing the number of flights it runs between Guangzhou and Amsterdam from three per week to a daily product.

Due to the high level of recovery of demand, the capacity in Japan is once again back at the level it was prior to the earthquake and tsunami at the beginning of 2011. This means that ten flights run to Tokyo Narita every week and one flight to Osaka every day.

KLM continues to invest in clean and environmentally friendly aircraft in order to guarantee its customers an optimal service.

Two new Boeing 777-300s and three new Airbus A330-300 ERs are set to be added to the airline's long-haul fleet. The new fleet will be phased in as the McDonnell Douglas MD11s start to be phased out.

This summer, the medium-haul fleet will consist entirely of new generation Boeing 737- aircraft.

Five new Embraer 190 aircraft will be added to the short-haul fleet, while the Fokker 100s will be phased out during the course of the year.
Click to expand... 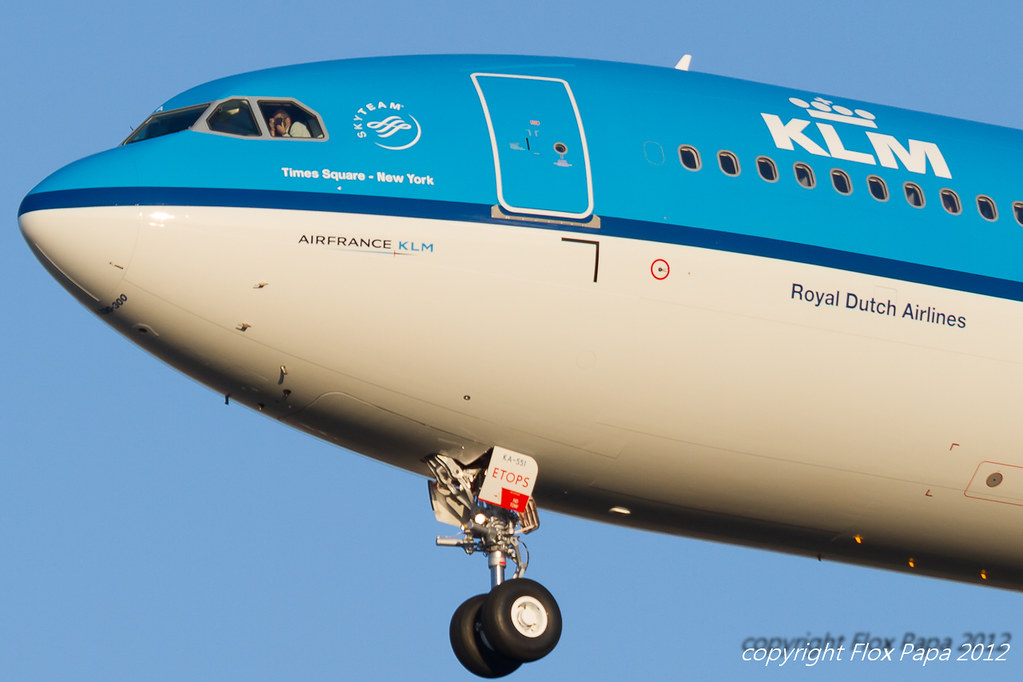 Premiul? "The winner wins: two intercontinental flight tickets in KLM World Business Class to a destination of choice. The flight tickets can only be booked within the KLM network, on KLM operated flights. Both tickets must be part of one booking, on the same flight. Depending on the destination and the schedule, the trip will be in the new or the old World Business Class."