Transaero, one of Russia's largest airlines, will buy six Sukhoi Superjet 100 planes for short-haul domestic flights, Transaero’s deputy head, Dmitry Stolyarov said on Friday.
The planes, each worth of $35.4 million, will be used for short-haul domestic flights and will be delivered starting from 2015, Stolyarov said.
“This purchase is a response to a growing demand for regional flights in Russia,” Stolyarov said, adding that the aircraft is expected to operate in Transaero’s St.Petersburg hub and its Far Eastern hub in the city of Khabarovsk.
The aircraft developer, Sukhoi Civil Aircraft, confirmed ongoing negotiations with Transaero but refused to give further details.
“Transaero expressed interest in buying our planes but we cannot comment on the number of jets that are expected to be sold,” Sukhoi Civil Aircraft’s spokesman Andrei Muravyev said.
The deal is Transaero’s third biggest purchase to date. In October 2011, the carrier signed a $1.5 billion agreement with the European Airbus consortium to buy four A380 aircraft. Deliveries will start from the fourth quarter of 2015.

In November, the $1.3 billion deal with the U.S. Boeing made Transaero the first airline in Russia, the CIS and East European countries to operate the long-haul wide-body Boeing-747-8.
Superjet 100 is a medium-haul passenger aircraft developed by Sukhoi in cooperation with U.S. and European aviation corporations, including Boeing, Snecma, Thales, Messier Dowty, Liebherr Aerospace and Honeywell.
The aircraft is capable of carrying up to 100 passengers for up to 4,500 kilometers.
Click to expand... 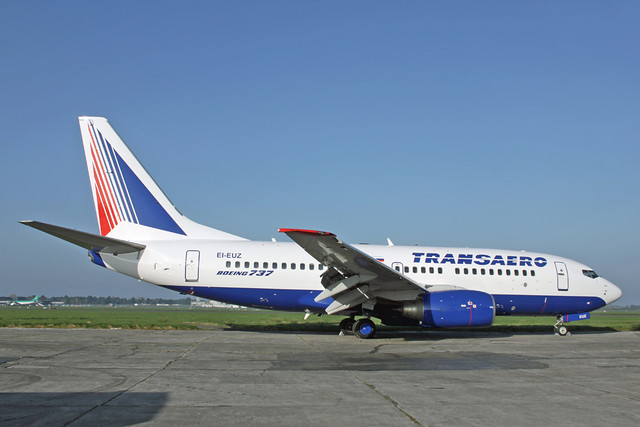 MOSCOW, December 21. /TASS/. Russia’s second largest airline, Transaero has turned to the government and to creditors for aid...
“Olga Pleshakova, the Director General of the airline informed state agencies in the first half of December Transaero was running the risk of a suspension of flights as early as prior to the New Year,” a source familiar with Pleshakova’s letter to the government said. “She said the airline didn’t have the money to pay to its agents.”
The letter said among other things that airline had accumulated an overdue debt to suppliers of jet fuel by the end of November. Specifically, it owed 2.5 billion rubles (around $ 60.7 million by the then exchange rate) to the oil corporation Rosneft and almost 2.0 billion rubles ($ 48.5 million) to Gazprom Aero company.
Also, Transaero had an outstanding debt to Moscow’s Vnukovo airport...

Devaluation of the ruble sharply deteriorated the economic position of Russian airlines. Vladimir Tassun, the president of the Association of Air Transport Operators said last week the aggregate losses of Russian airlines might hike six-fold upon the results of 2014 versus the previous year and reach 30 billion rubles /$ 728 million/.
As one of the causes of this situation, he pointed to a downhill devaluation of the ruble that dealt a blow to the airlines’ economic standing, given the fact they had to pay for the leasing of their jets
Click to expand...